Anthony Columbatto will be the next Vice President of Community and Health Services at John Knox Village.

“I am excited to have Anthony step into the vice president of community and health services role,” said Dan Rexroth, president and CEO of John Knox Village. “For the past four-plus years, Anthony has done an exceptional job of leading the Village Care Center. He also has embraced the culture of the Village, while at the same time he has brought new ideas and fresh thinking to our operations.”

He has served on the LeadingAge Missouri board of directors since 2015, most recently as the chair-elect.  He also is a graduate of Leadership Lee’s Summit’s class of 2020.

Columbatto has a bachelor’s degree in psychology from Missouri Baptist University and a master’s degree in healthcare administration from Lindenwood University.

McBride, who joined the Village in August 2001, has overseen the growth and expansion of the Village’s health services division, including Village Assisted Living, Village Care Center, Village Home Health and Village Hospice. His last official day is June 4, 2021.

“John Knox Village’s 50-plus years of success can be attributed, in part, to the significant tenure of outstanding leadership,” Rexroth said. “Rodney McBride’s 20 years of service is a shining example of stable, yet visionary, leadership.” 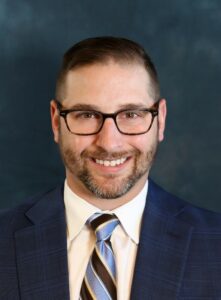